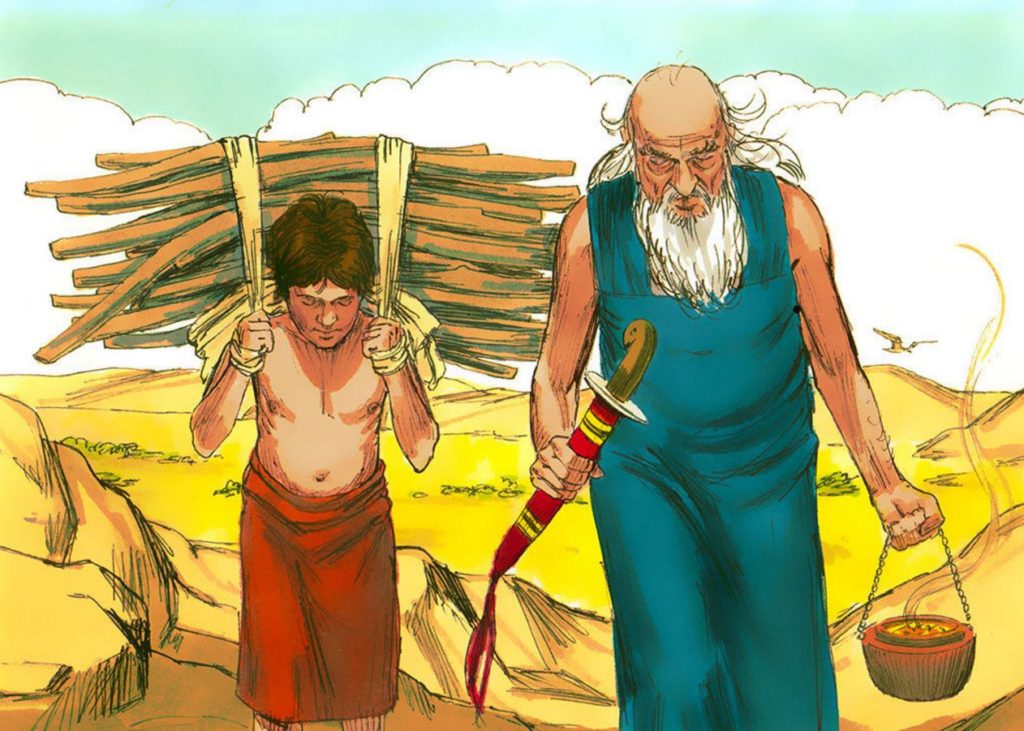 Bible talks about a God who even changes the laws of his nature to protect and preserve His chosen ones.He arranges safety and protection from them in a miraculous way. He chose a man known as Abram whose name later he changed as Abraham and asked him to leave his country and go to another. He left his land, all he inherited, his religion and way of life and went where creator God commanded him. Since he obeyed the God of the universe, God promised him with a great promise. He will become the father of the nation and his seed will spread like stars of the sky and posses the end of the earth.This promise was beyond his understanding as he and his wife were very old and no chance of having a baby. At last his wife gave birth to a son at the age of 90 and his children and grandchildren starting worshipping the creator God. His son Isaac inherited his promises and they went on growing as a family and became powerful community. Isaac’s son Jacob was blessed with 12 sons from where 12 tribes of Jewish nation known as Israel came in to being. One of his son from the tribe of Joseph became the head of state in Egypt because of his unusual wisdom and he saved rest his family from starvation and femine. They settled in Egypt and became a mighty people. This made Egyptian jealous and they started prosecuting them as slave labour in construction industry. The cry of these slaves because cruelty and injustice reached the ear of God. He chose a man from one of tribe known as Benjamin.

His name was Moses and God appeared to him in burning bush and asked him to go and deliver Jewish people from the seed of Abraham. Moses went to king of Egypt and requested him to let his people go. But king was so much used to slave labour that he refused to do so. God sent many plagues in Egypt but heart of King remained hardened and he did not let Jewish people go.

Finally God brought a curse of death on every first born Egyptian male and the first son of king died.
This incident shook king and he allowed people of Israel to go and freely worship their God. This is the first story of human freedom from cruelty and tyranny of man where more than 4 millions people were delivered miraculously. King wanted to take his revenge from Moses and his people and followed them with army on horses and chariots. They were camping near red sea and were troubled and fearful as sea was in front and enemy was behind. They had no resource to overcome this situation. God told Moses to lift up his rod in front of the sea. As a result sea spilt apart in two and road was built for Moses and his people to cross over. All of them crossed before Egyptian army arrived. God allowed even Egyptians to come on the road in the sea, but when all of them came in the sea once again became normal. All the Egyptian horses and chariots were drowned. This is the story that tells what happens to those who oppose God’s chosen people.

The political freedom brings responsibility both for citizens and the rulers. God gave Ten Commandments to the people of Israel and these applies to all the nations who want true freedom.

1. I am your God who brought you out from slavery of Egypt, you will not worship any other gods.
2. You will not worship man made, carved idol, animals, bird, nature or plant.
3. Do not take the name of God in vain or take an oath using His name.You will be punished if you do so.
4. Take a day off once a week for total rest away from your work to spend with your family and my worship.
5. Honour your father and mother. Doing so will bring you long life.
6. Murder, violence and killing other is a sin.
7. Do not commit adultry and involve in any kind of immorality.
8. Do not steal 9.Do not give false witness against any man. 10. Do not take anybody’s land, house, shop, servant , daughter or wife etc.

These laws are important for all societies and those individuals or nations practice them enjoy prosperity, peace, health, well being in their life.

To continue the story further, Click on ‘ God’s provision for man’s safety” button.